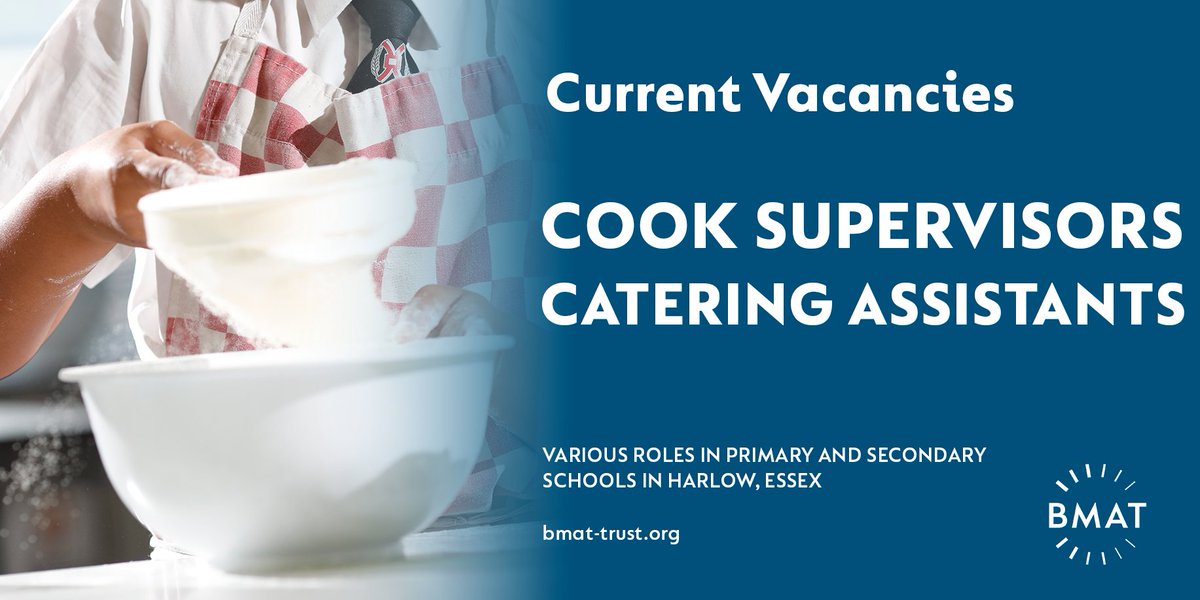 We're Hiring! 🎉 We have a variety of catering roles available in our primary and secondary schools in Harlow (Essex). 🧑‍🍳 Full details of our Cook Supervisor and Catering Assistant roles can be seen on https://t.co/GJjumrMOBP https://t.co/iSdR9aoZZ8

Out Now! 🌟 The new issue of Latitude - The magazine for BMAT Schools, Parents and Communities. Read it online here - https://t.co/aqc2Xy6VVz https://t.co/KdyaAhJ1Aq 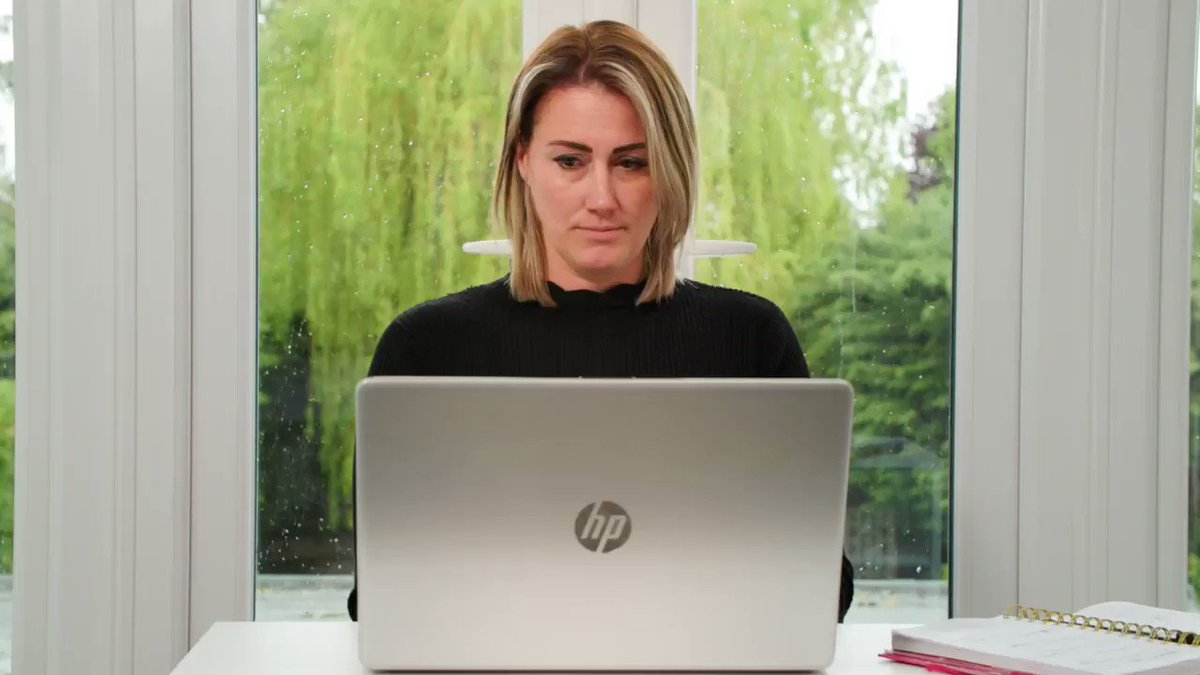 The day we've been planning for so long! We'd like to introduce you to the brand new Find Your Active campaign - it's all about finding an activity that's right for you! Find out more here👉https://t.co/RC6KGO5H23 https://t.co/OmE0740hMk 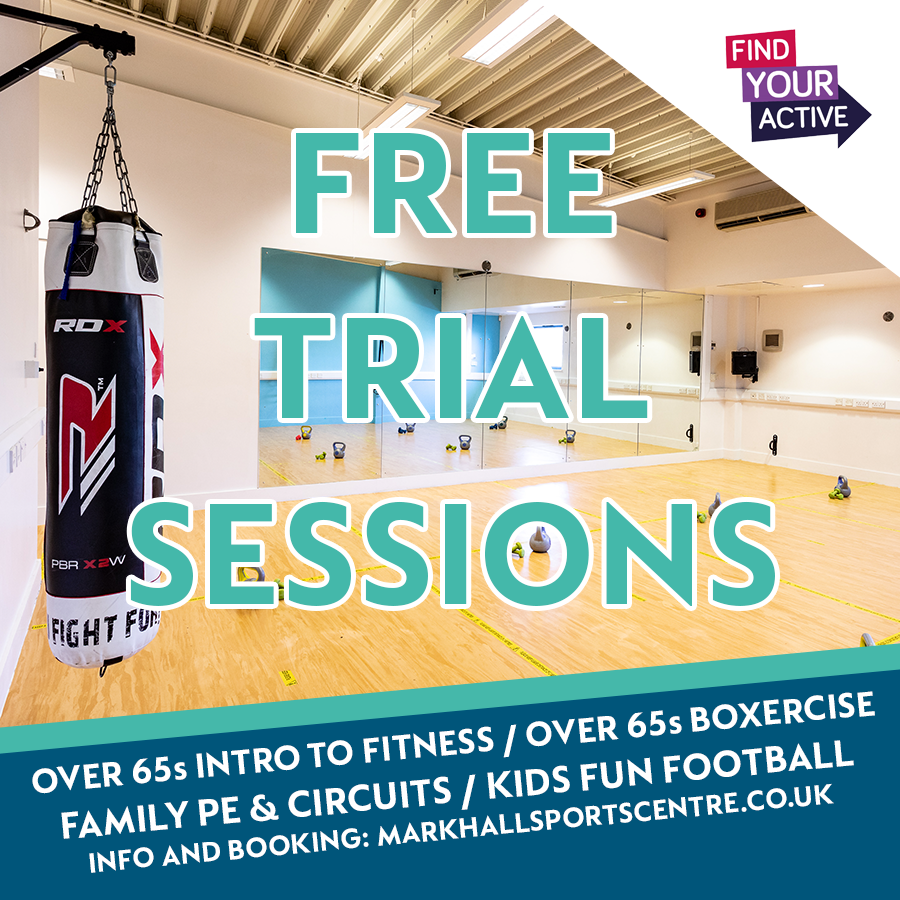 We're proud to announce that we are joining the #FindYourActiveOpenWeek as part of the launch of a new and exciting campaign 🎉 We have a variety of Free taster sessions for Over 65s Families and Kids🥊 Find our schedule and booking links on https://t.co/xbEiNSp1Cr @ActiveEssex https://t.co/wtxZsZoGGv 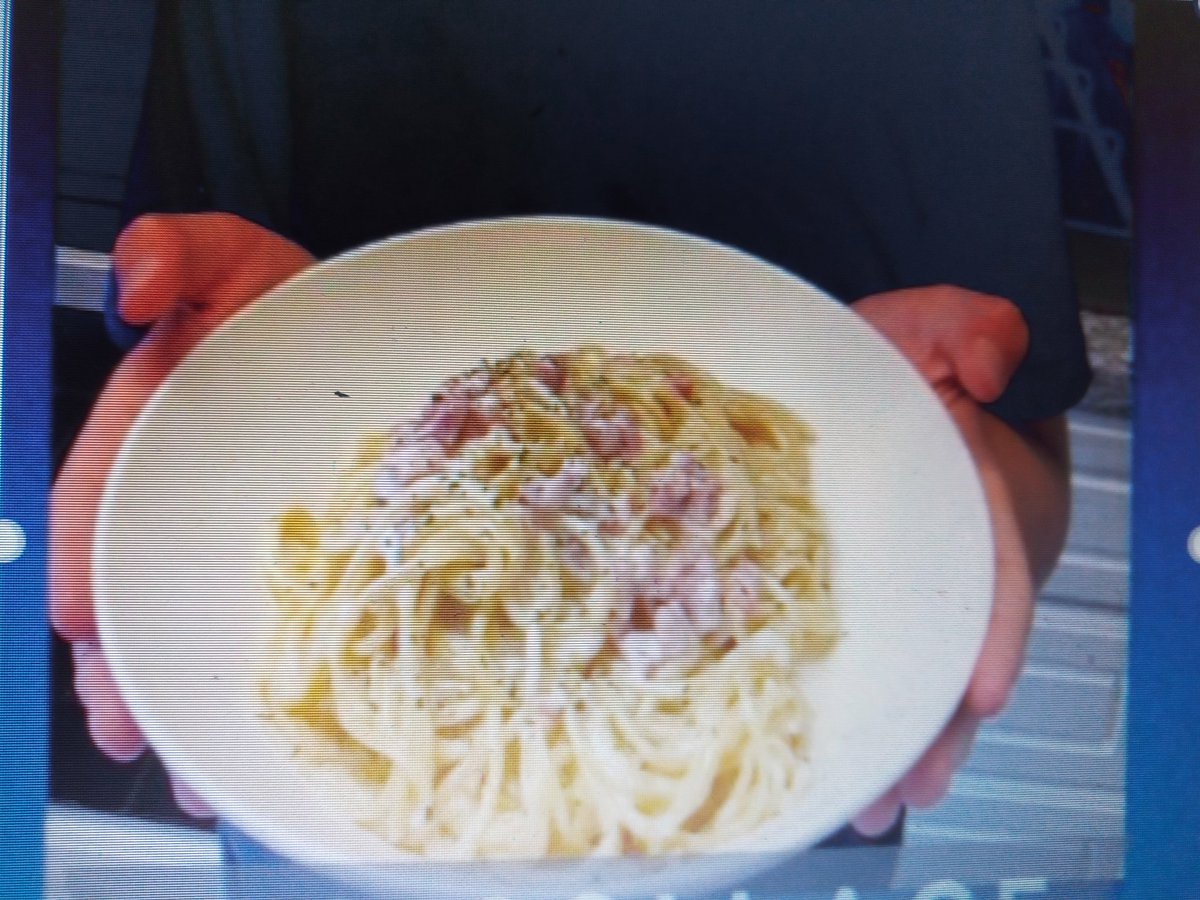 A few pictures of food prepared/cooked on our 'Be the Chef' night on the 17th of this month as part of our Healthy Eating week @markhallacademy Great to see students joining in. #certificatesonway https://t.co/lcWtGFRbfq 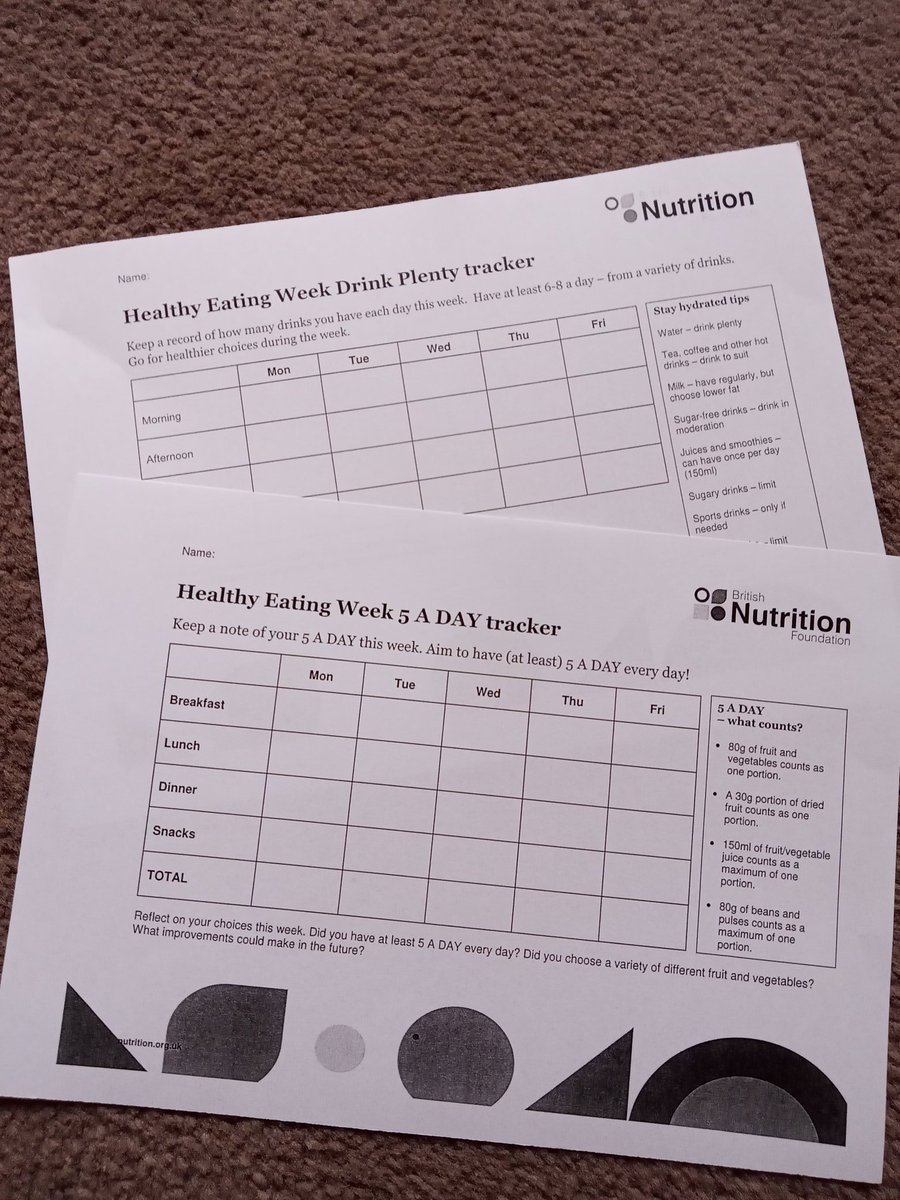 The charts are being collected in following Healthy Eating week @markhallacademy . 5 a day completed by our year 7s (vegetables on the lunch time menu gave them a start) and drink plenty by our year 8s (much needed in the heat). Certificates for taking part too. #penready https://t.co/AtLM6A9KpG 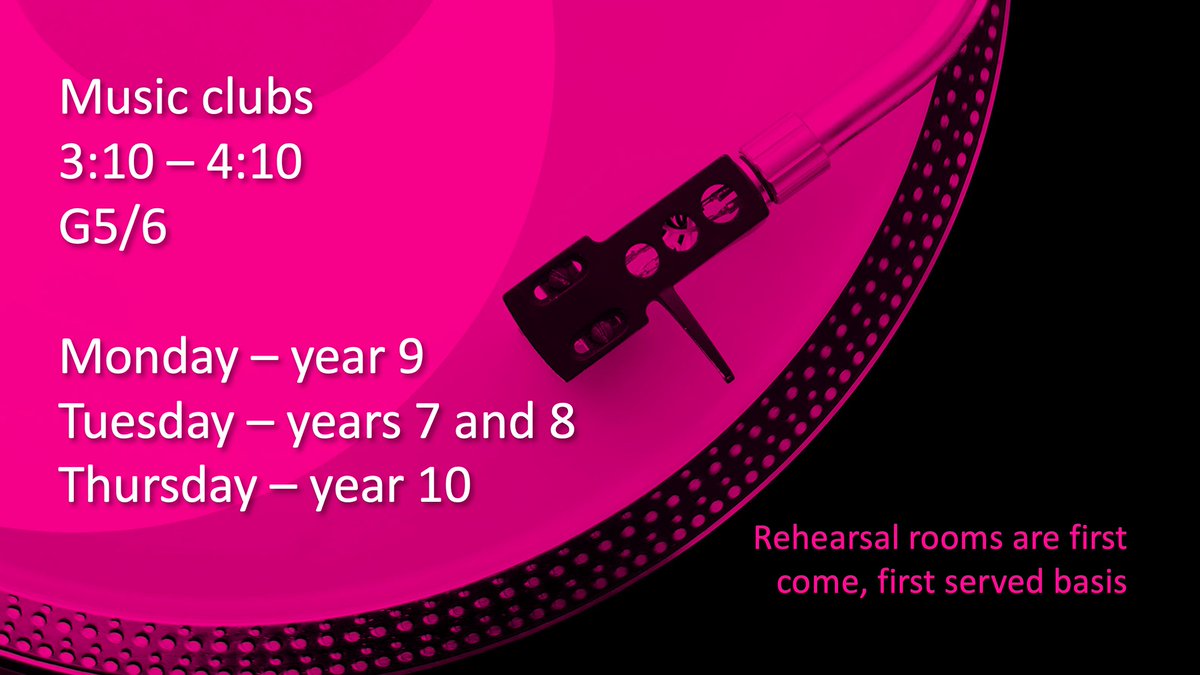 Excited to invite you all to join us in the music department! 🎹🎸🎻🎶🥁🎺🎷🧑‍🎤 @markhallacademy https://t.co/x44wVb9GqV 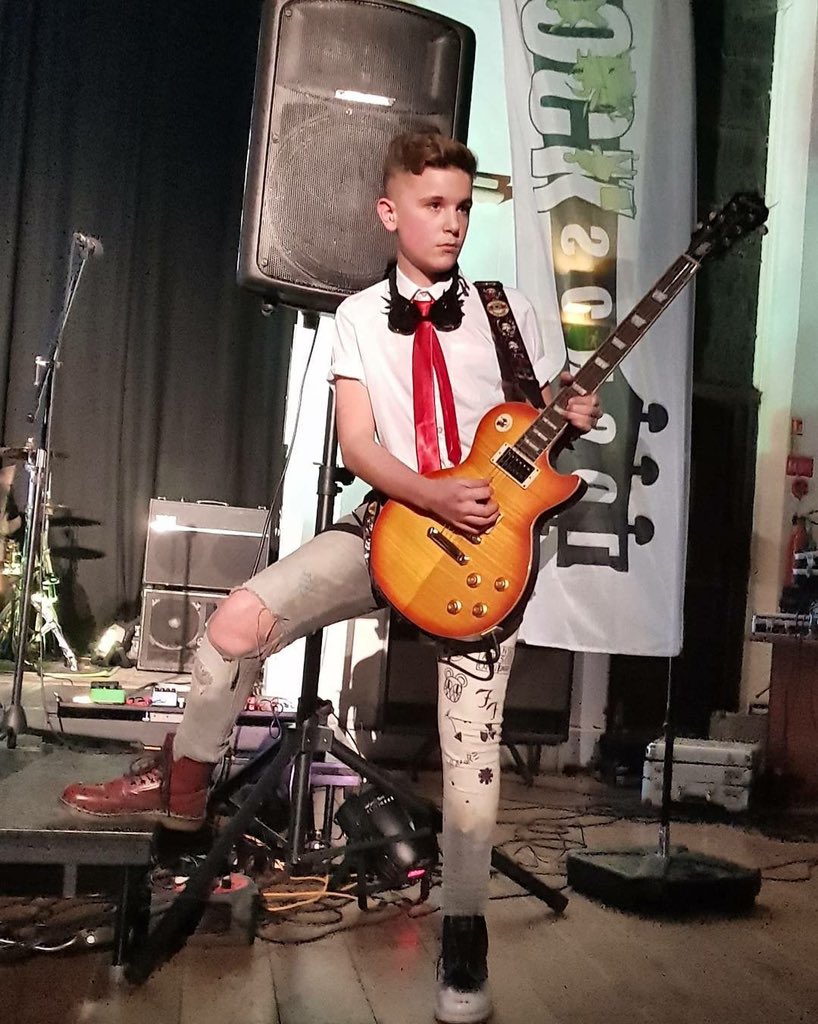 BMAT recently appointed a director of @BMAT_SEND to help children to reach their full potential. The former headteacher has started his work by bringing together experts from across the Trust to share best practise. https://t.co/dXL7gGTkgX https://t.co/btrvCXMwsv 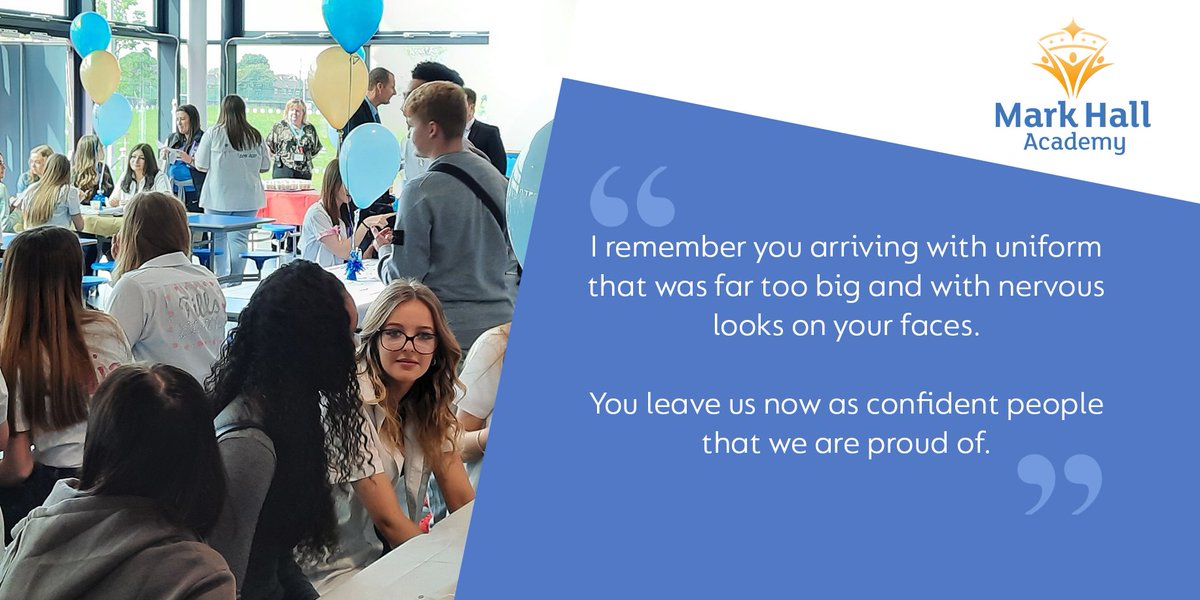 Students celebrated the end of their time at secondary school with a day to remember. 🎉 Year 11 students at Mark Hall Academy were treated to a special day to bring their schooling to an end. https://t.co/KYuT0lAWVs https://t.co/AjZdK1q5fz

For anyone out there over 18 and interested in a wonderful opportunity at ROH, take a look & get applying @MoulshamHigh @TheOngarAcademy https://t.co/VpMCJNnYKj 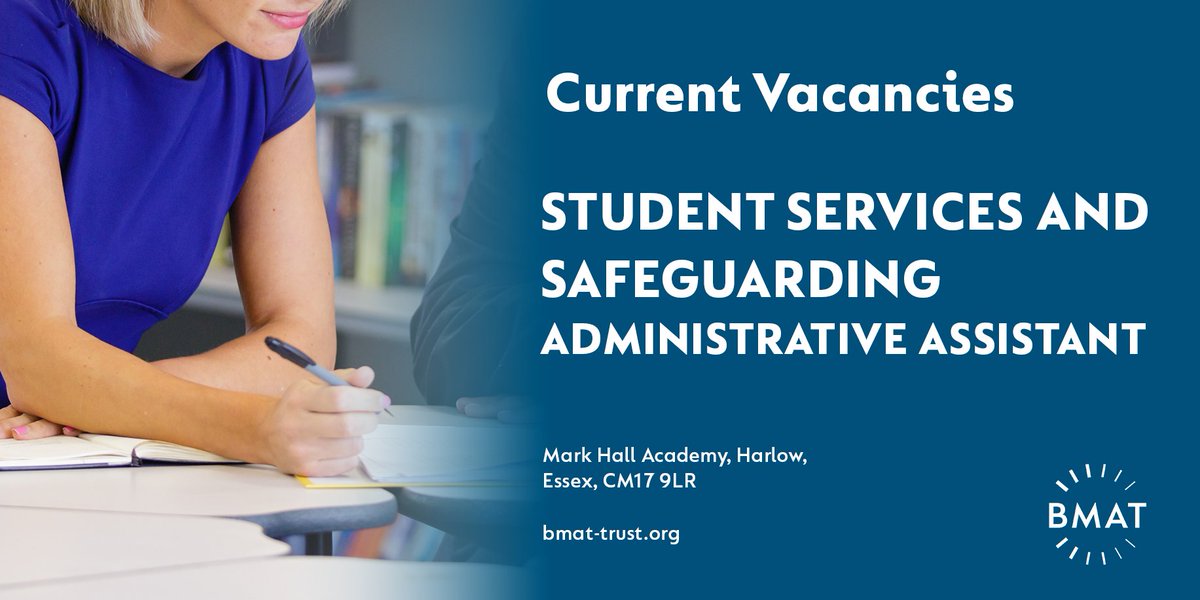 Mark Hall Academy in Harlow, Essex, have a vacancy for a Student Services and Safeguarding Administrative Assistant. For more information visit https://t.co/DAzKn0aX7Y https://t.co/4spXFlsA0H 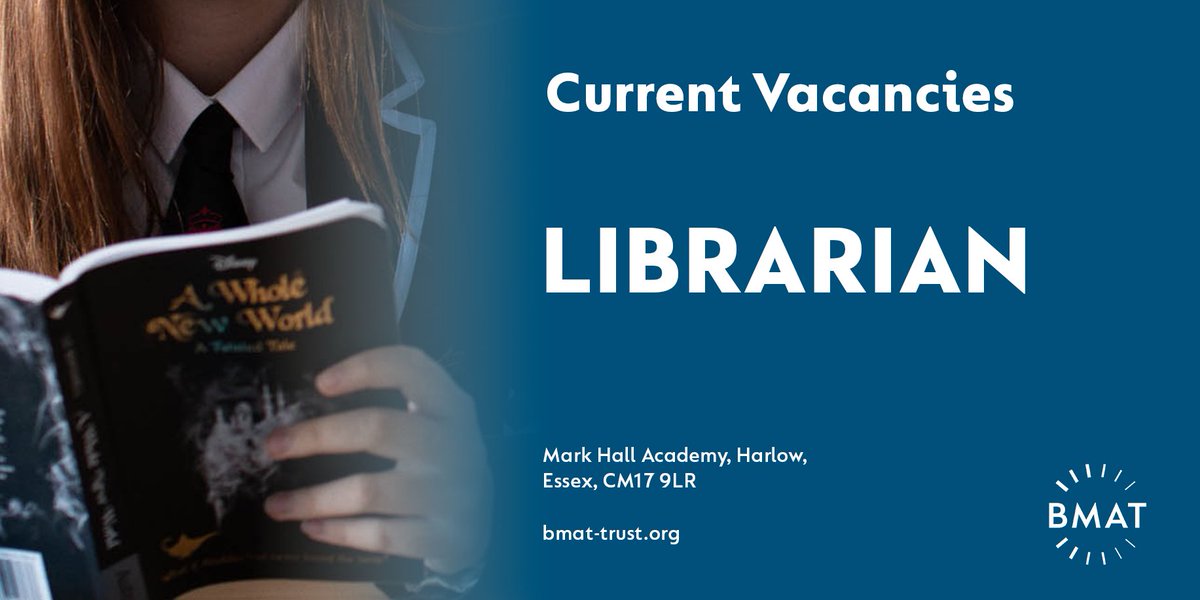 Mark Hall Academy in Harlow, Essex, have a vacancy for a Librarian. For more information visit https://t.co/ECwosZGMlW https://t.co/VT2FFrDZWz 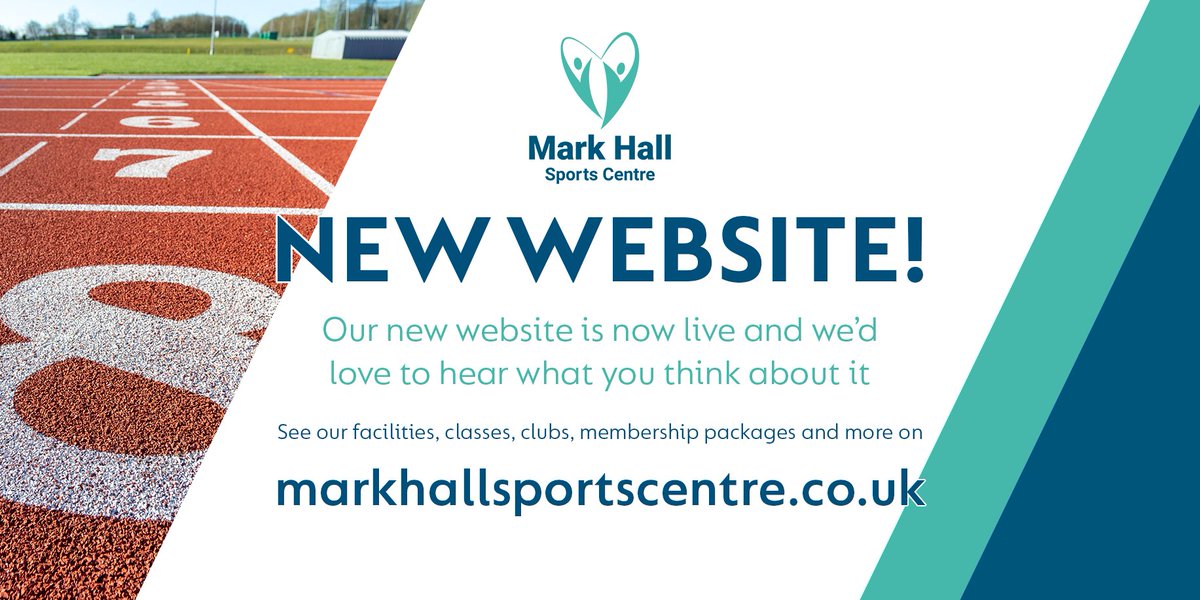 New Website! 🎉 Our new website is now live and we’d love to hear what you think about it. See our facilities, classes, clubs, membership packages and more on: https://t.co/MH2HG54O9d 🏃‍♀️⚽️🏀🏋️⛹️‍♀️ https://t.co/Eb99MLyHv0 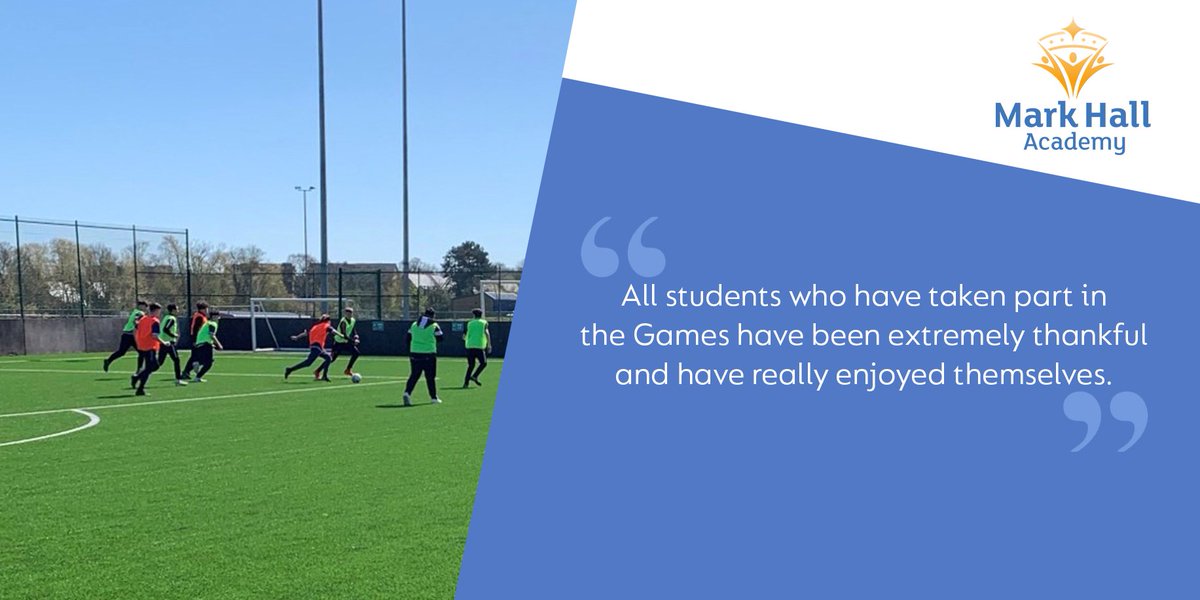 Hundreds of young people are enjoying taking part in competitive sport once again. @MarkHallPE has launched The Form Games as a way of getting students in all year groups active after the pandemic saw physical lessons restricted. https://t.co/remxO9AitD https://t.co/AtlUJeAqnG 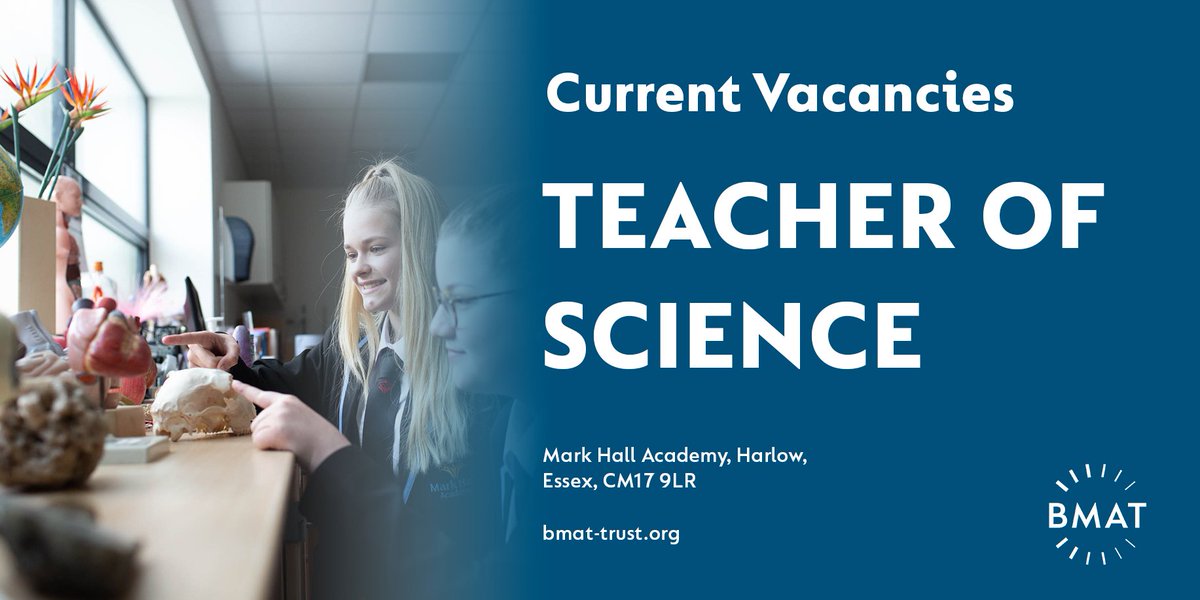 Mark Hall Academy in Harlow, Essex, have a vacancy for a Teacher of Science. For more information visit https://t.co/UrefnjYdn2 https://t.co/6d8Hkuj9xu 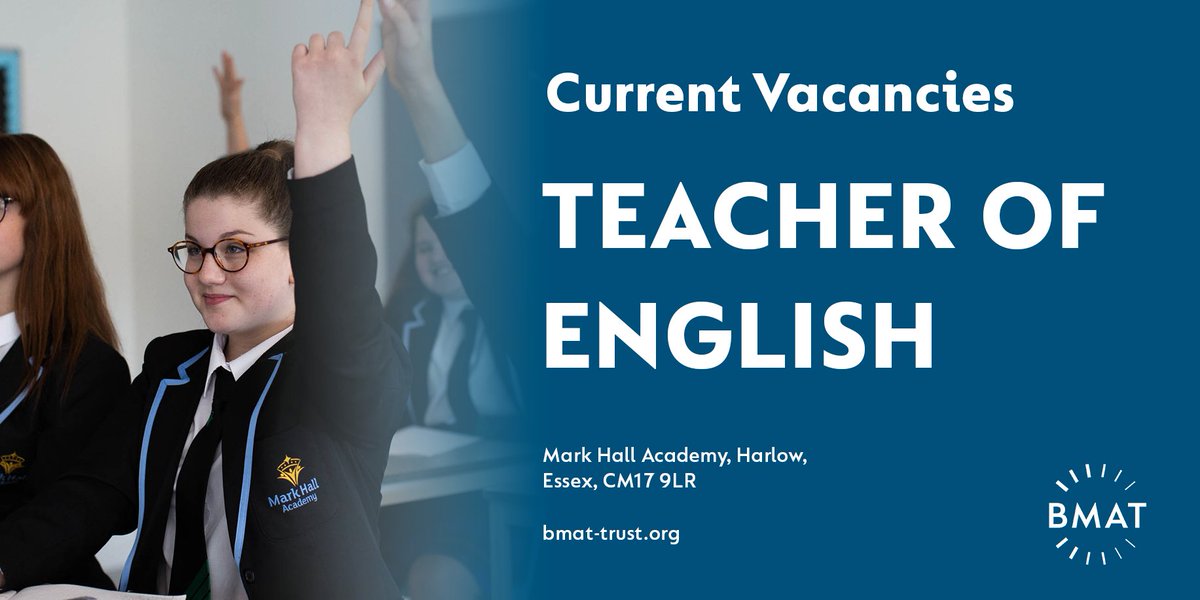 Mark Hall Academy in Harlow, Essex, have a vacancy for a Teacher of English. For more information visit https://t.co/eKMZLqaXv1 https://t.co/7jxR9GduiR 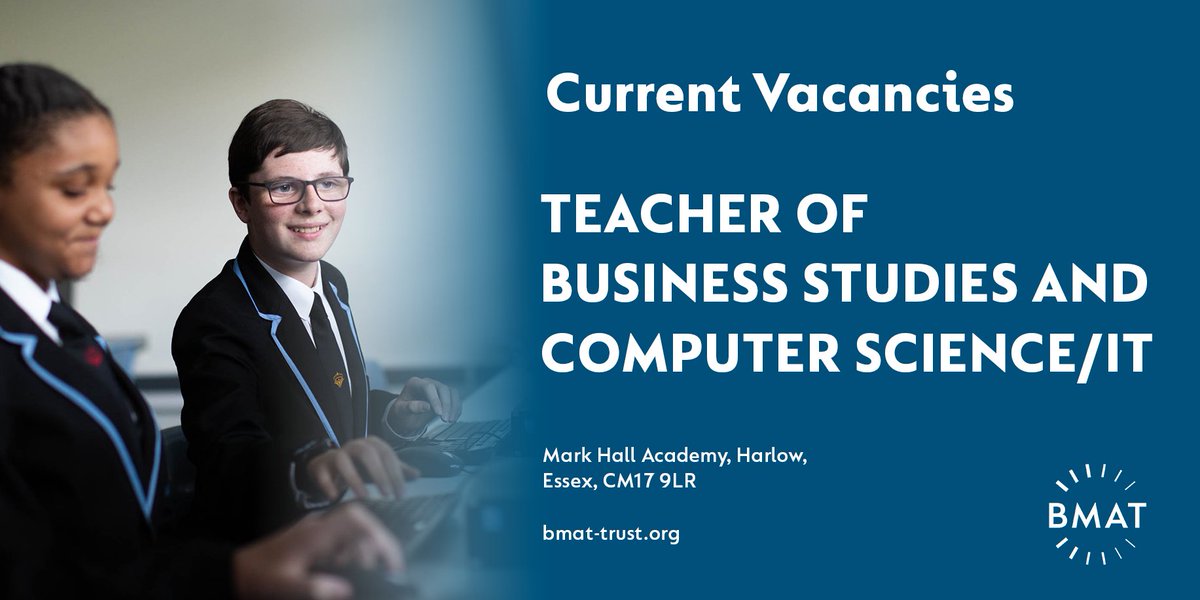 Mark Hall Academy in Harlow, Essex, have a vacancy for a Teacher of Business Studies and Computer Science/IT. For more information visit https://t.co/PiDGQ9xo0a https://t.co/wIBUhWFx5h 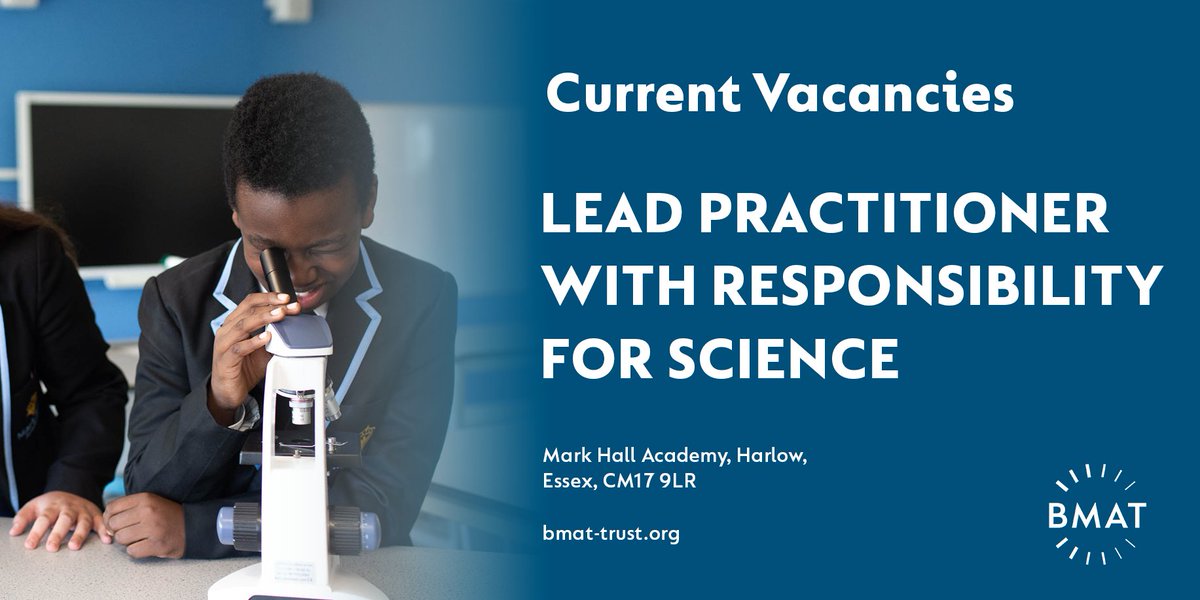 Mark Hall Academy in Harlow, Essex, have a vacancy for a Lead Practitioner with responsibility for Science. For more information visit https://t.co/yJE1VFUlzY https://t.co/DfiCQ01knj

Supporting primary and secondary schools across Essex and North & East London, BMAT is a growing multi-academy trust with a singular vision: schools, teachers and pupils freed to succeed.

In 2011-12 the government launched its Pupil Premium funding. This money is sent to schools and academies based on the number of pupils who are eligible for Free School Meals (FSM). Since 2012-13 it has been expanded to include all children who have been eligible for FSM within the last 6 years.

This money is allocated to initiatives to ensure these pupils reach their full potential, both academically and socially.

This year we have received £18,620 Catch Up Premium. The literacy and numeracy catch-up premium gives schools additional funding to support Year 7 pupils who did not achieve the expected standard in reading and maths at the end of Key Stage 2.

How do we intend to spend this year’s allocation?

We have allocated the funding to support our pupils in the following ways:

How did we spend last year’s allocation?

How last year’s allocation made a difference to the outcomes of the pupils?

To measure the impact of the additional funding received, all ATT academies use GL Assessments to benchmark, measure and analyse the progress made by each pupil. GL Assessments provide nationally recognised Standardised Age Scores which can be used to robustly analyse if progress has been made. Standardised Age Scores show that a pupil is working at age related expectation if the score is 100 or more (2016 onwards)/level 4b prior to this.

By the end of the academic year, there were only 32 students in English and 13 students in Maths who were identified as not working at ARE of 100, based on the summer term GL assessments.

The term by term impact of our English and Maths interventions can be summarised in the tables on the following pages.

In September 2017, 36 arrived at our academy who were not yet secondary ready in English. At the end of the year, the figure was only 5.

In September 2017, 34 arrived at our academy who were not yet secondary ready in Mathematics.

At the end of the year the figure was 14.

Back to Key Information Menu
*
Cookie Notice: We use cookies on this site to improve your user experience.
Accept Find out more